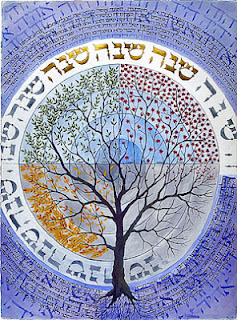 I was surprised to discover recently that belief in reincarnation has been a part of Judaism for centuries, particularly within the Hasidic community. The Hasidic tzadiks (righteous teachers) were believed to know the past lives of people.
The first-century Jewish historian Flavius Josephus states that the Pharisees, the founders of rabbinic Judaism, believed in reincarnation.

All pure and holy spirits live on in heavenly places, and in course of time they are again sent down to inhabit righteous bodies.
- Josephus

One wonders why there is so much resistance to the idea of transmigration in Christianity, especially when there are hints at it in the New Testament: eg Christ's reference to John the Baptist as the prophet Elijah returned. Also, when asked why  a man was born blind, Jesus explained that it was not a consequence of sins the man committed in his present life, nor  of any sins of his parents; instead the suggestion is that his condition was due to acts committed in a previous life.
Certainly there were prominent theologians in the early Christian Church, such as Origen, who considered the transmigration of souls as an integral part of dogma.

From the viewpoint of the Self, belief in reincarnation is of little consequence, since for the Self there is no incarnation, or reincarnation, as individual, discrete, transmigrating 'souls'. Self is all-pervading, co-extensive with time and space, and therefore concepts of incarnation and reincarnation are meaningless.
From the human perspective, however, the idea that we have only one life to live has consequences for the way we live life. On the positive side, people in Western societies, that have developed under the influence of the Christian churches, can be motivated to live life to the fullest; while the drawback can be an attitude of impatience and even desperation to get the most out of life, also a lack of acceptance of what life throws in our way, possibly as a result of karma.
If you look at the history of spirituality, belief in reincarnation is almost universal, except within Christianity. Even in Islam, the Sufis and Ismailis have often accepted it.

It (the Self) is not born, and It does not die; nor is it ever that this One having been nonexistent becomes existent again. This One is birthless, eternal, undecaying, ancient; It is not killed when the body is killed.
-Bhagavad Gita

The Bhagavd Gita is a core text of Hinduism. It does not refute reincarnation as such, but merely points out that the Self, the ultimate reality, is not subjected to rebirth and karma.


As we live through thousands of dreams in our present life, so is  our present life only one of many thousands of such lives which we enter from the other more real life and then return after death. Our life is but one of the dreams of that more real life, and so it is endlessly, until the very last one, the very real the life of God.
- Leo Tolstoy

There is no death. How can there be death if everything is part of the Godhead?
The soul never dies and the body is never really alive.
- Isaac Bashevis Singer, Stories from Behind the Stove
Posted by jeronimus at 11:23 AM 2 comments:

To disregard what appears to be the self


This is love: to fly toward a secret sky,
to cause a hundred veils to fall each moment.

First, to let go of life.
In the end, to take a step without feet;
to regard this world as invisible,
and to disregard what appears to be the self.

Heart, I said, what a gift it has been
to enter this circle of lovers,
to see beyond seeing itself,
to reach and feel within the breast.

A poem by Vaclav Havel

It is I Who Must Begin

It is I who must begin.
Once I begin, once I try --
here and now,
right where I am,
not excusing myself
by saying things
would be easier elsewhere,
without grand speeches and
ostentatious gestures,
but all the more persistently
-- to live in harmony
with the "voice of Being," as I
understand it within myself
-- as soon as I begin that,
I suddenly discover,
to my surprise, that
I am neither the only one,
nor the first,
nor the most important one
to have set out
upon that road.

Whether all is really lost
or not depends entirely on
whether or not I am lost.


by Vaclav Havel
from Teaching With Fire 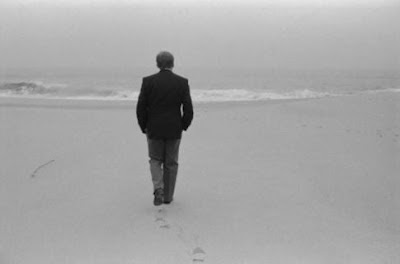