The Mantra for Overcoming Ego

"Just say 'I forgive, I forgive', and you can overcome your ego."


-Shri Mataji Nirmala Devi
Posted by jeronimus at 8:35 AM 2 comments:

Whether It is the seer or the seen,
It doesn't matter;
There is only the Self
Vibrating everywhere.

Posted by jeronimus at 8:33 PM No comments: 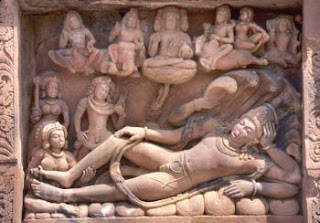 
I am not even dust. I am a dream
That weaves itself in sleep and wakefulness.
My brother and my father, Captain Cervantes,
Fought nobly on the waters of Lepanto,
Learned Latin and a little Arabic...
That I might be allowed to dream the other
Whose fertile memory will be a part
Of all the days of man, I humbly pray:
My God, my dreamer, keep on dreaming me.


Writer and essayist J. M. Coetzee said of Borges: "He, more than anyone, renovated the language of fiction and thus opened the way to a remarkable generation of Spanish American novelists."
Posted by jeronimus at 3:41 PM No comments: 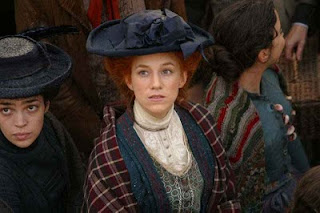 The Italian film Nuovomondo (English title: The Golden Door) follows an impoverished Italian family as they migrate to the United States at the turn of the 19th and 20th centuries. An English woman, played by Charlotte Gainsbourg, attaches herself to the family (unmarried women were not allowed to sail unaccompanied).
Despite the poverty and crowding, the film is beautiful to look at. Women from all parts of the Old World, move in files, in their best and most beautiful traditional attire.
In one scene a sea of people, filling the entire frame, unexpectedly and breathtakingly parts, and we realise that half of the crowd are on the deck of the ship moving irrevocably away, and the other half are being left behind on the quay. It's an incredibly powerful piece of cinematography.
Later, on Ellis Island, the women contemplate the new life they are about to enter, and the the film pauses to a still image, inviting viewers to witness the present moment of their own lives in a rite of passage.
In one of the most moving scenes, the grandmother, who is denied entry for refusing to submit to an intelligence test, asks immigration officers: "Who are you to decide who enters the New World and who does not. Are you God?" She asks her sons and grandson to continue without her through the "Golden Door" into the land flowing with milk. The final scene, in which the immigrants literally swim through this milk, dissolves into magic realism.
There is some nudity in this film, but it is not gratuitous since it shows the dehumanising effect of the physical and mental examinations immigrants were subjected to.
The film is a heart-felt testament to the pluck and initiative of all those torn from their homelands to join the great migrations throughout history. As the descendant of immigrants it struck a chord with me.
Posted by jeronimus at 9:08 PM No comments:

Email ThisBlogThis!Share to TwitterShare to FacebookShare to Pinterest
Labels: Film

The Problem of Self

It is our ignorance which makes us think that our self, as self, is real, that it has its complete meaning in itself. When we take that wrong view of self then we try to live in such a manner as to make self the ultimate object of our life. Then we are doomed to disappointment like the man who tries to reach his destination by firmly clutching the dust of the road. Our self has no means of holding us, for its own nature is to pass on; and by clinging to this thread of self which is passing through the loom of life we cannot make it serve the purpose of the cloth into which it is being woven.

-Rabindranath Tagore, The Problem of Self. One of a series of lectures delivered at Caxton Hall, Westminster, 1913.


As Tagore points out, in the rest of his lecture, ridding ourselves of ego does not mean destruction of personality or uniqueness. Once the illusion of ego is removed the universal Self illuminates a person, and their true personality and uniqueness shines through.
Posted by jeronimus at 3:11 PM 1 comment: