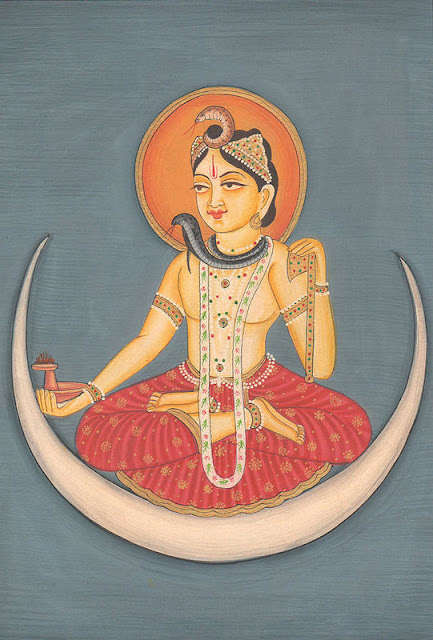 The Shiva moon is the final crescent phase, resembling the sickle used to cut the ripened harvest. This period is a good time for bringing projects to completion, such as the final subtle finishing touches of a painting. It is a time for letting things go, as Shiva is also the god of renunciation, especially in His form of Lord Bhairava.

One of the epithets of the deity Lord Shiva is Kavi, the poet. Poets are known to place special importance the endings of their poems. A great final line can bring a new and unexpected meaning to the lines that have gone before, producing a deep emotional realisation in the reader.

In Japanese haiku poems, the third and final line is often a 'cutting line' (kiru), which breaks from the image evoked by the first two lines, jolting readers out of their mental complacency, and opening the possibility for a moment of awakening.
Posted by jeronimus at 11:11 AM 2 comments: