The Self as Centre 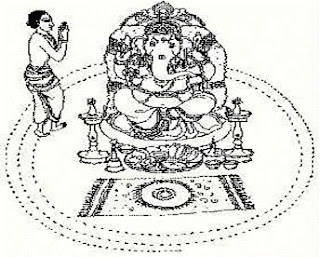 "I began to understand that the goal of psychic development is the self. There is no linear evolution; there is only a circumambulation of the self. Uniform development exists, at most, at the beginning; later, everything points toward the centre. This insight gave me stability, and gradually my inner peace returned."


"One of the customary aspects of going to a temple is the practice of going around the deity or the sanctum sanctorum. This is called pradakshina. Typically, pradakshina is done after the completion of traditional worship (pooja) and after paying homage to the deity. We cannot draw a circle without a center point. The Lord is the center, source and essence of our lives. We acknowledge this by performing pradakshina. Also, every point on the circumference of a circle is equidistant from the center. This means that wherever or whoever we may be, we are equally close to the Lord. His grace flows towards us without partiality. The pradakshina is done clockwise. Indeed, the word pradakshina means “moving rightward” in Sanskrit. The reason is, not as someone said, to avoid a traffic jam (Although, it certainly helps!). As we do pradakshina, the Lord is always on our right. Hindus traditionally associate right side with auspiciousness. So as we circumambulate the deity, we remind ourselves to lead an auspicious life of righteousness, with the Lord who is the indispensable source of help and strength, as our guide - “the right hand”. Often, devotees additionally circumambulate around themselves (turning in place) again, thereby recognizing the presence of divinity in themselves."

Email ThisBlogThis!Share to TwitterShare to FacebookShare to Pinterest
Labels: religion, Self

The Spirituality of Sound

To us, music can be a spiritual discipline on the path to self-realisation, for we follow the traditional teaching that sound is God - Nada Brahma: By this process individual consciousness can be elevated to a realm of awareness where the revelation of the true meaning of the universe - its eternal and unchanging essence - can be joyfully experienced. Our ragas are the vehicles by which this essence can be perceived.

The ancient Vedic scriptures teach that there are two types of sound. One is a vibration of ether, the upper or purer air near the celestral realm. This sound is called Anahata Nad or unstruck sound. Sought after by great enlightened yogis, it can only be heard by them. The sound of the universe is the vibration thought by some to be like the music of the spheres that the Greek Pythagoras described in the 6th century B.C. The other sound Ahata Nad or struck sound, is the vibration of air in the lower atmosphere closer to the earth. It is any sound that we hear in nature or man-made sounds, musical and non-musical.

Posted by jeronimus at 12:52 AM No comments: 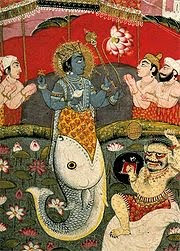 
In Hinduism, avatar (or avatara) is a word used to describe the descent of a deity into manifest form. The term is derived from ava (down) and tṝ (to cross), and has come to signify the being who descends rather than the act of descent - the original meaning. Avatars are aspects of the Divine Self who incarnate for a specific purpose. There are many avatars of the Hindu Goddess (Shri Devi or Shri Shakti). The aspect of the Divine Self as guru, or teacher, also incarnates. Perhaps most of the Hindu avatars are incarnations of the deity Shri Vishnu, who is the aspect of the Hindu Trinity responsible for maintaining the universe and its laws. The other two aspects of the Hindu Trinity are Shri Brahma (creation) and Shri Shiva (dissolution). Avatars of Shri Brahma are very rare. Shri Shiva is thought not to have ever incarnated, as He represents the unmanifest Self. There are, however some great rishis and saints who are considered to be partial incarnations of Lord Shiva, for example Shri Ramana Maharshi (no connection to TM). Some of the aspects of Shri Shiva are believed to have incarnated, such as Shri Bhairava. The Shiva Puranas tell of a Shiva avatar in the form of a bird-lion, called S(h)arabha, who incarnated in order to quell the exessive rage of Shri Narasimha, the man-lion avatar of Shri Vishnu, after He killed the demon Hiranyakashipu. In some versions of the myth, a powerful and wrathful bird, with two heads, emerged from Narasimha and fought with Sharabha for many days until Shri Narasimha's anger was satisfied. The double-headed bird can be found on the emblem of Karnataka state in India, and also in European/Russian heraldry and Amerindian tradition. 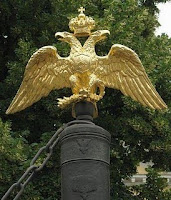 Posted by jeronimus at 10:26 PM No comments:


The nativity of Jesus did not occur in December. It is appropriate that The Light of the World incarnated at the time of Diwali, the Festival of Lights. The date of Diwali is set by the Hindu lunar calendar, which varies from year to year. It usually falls in October or November.

However, late December also has significance for this incarnation of light, as it is the time of the mid-winter solstice, after which the days begin to lengthen in the Northern Hemisphere. Early Christians admitted that they had no idea when Jesus was born. It is likely that they fixed the date of Christmas at the midwinter solstice because of it's symbolic association with the resurrection of the sun's light, a time of rejoicing for those living in chilly Northern climes.
Long ago, I used to baulk at the notion that early Christians would have taken pre-Christian symbolism into account, until I went to Europe and saw churches built on pagan sacred sites, and temples recycled as basillicas. Early Christians believed that certain pre-Christian, pagan prophets and sybils had been given revelations which supported Christianity. This is harder for present day Christians to accept. Many of them seeing such symbolism as a watering down or contamination, rather than a reinforcement, of their faith.


Light is the phase of vibration associated with the Agnya (Brow) Chakra, the subtle psycho-spiritual centre located in the optic area of the brain. 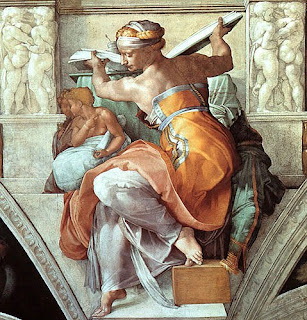 
Maybe we antipodeans should celebrate Christmas in our midwinter. This already happens in the Blue Mountains not far from Sydney. It sometimes snows there in winter, so there's even the chance of getting a traditional European white Christmas. The idea for "Christmas in July" blossomed in 1980 as snow began to fall on a cold winter's night at the Mountain Heritage Hotel, Katoomba. A small group of Irish visitors had come to The Blue Mountains to enjoy the clear winter climate that they were accustomed to back in Ireland - they commented that "Celebrating Christmas in Australia during the heat of summer just didn't feel quite the same". The host and owner of the Mountain Heritage offered to re-create for his Irish guests, a festive 'Winter Christmas' atmosphere with all the trimmings - frosted windows, Christmas feasts of turkey, hams, mince pies and steaming plum puddings, and choristers joining together singing the joys of the festive season. Plus, of course, a snowman. This tradition has become known as "Yulefest" and lives on throughout the Blue Mountains in the winter months of June, July and August.
Posted by jeronimus at 4:09 PM No comments:

Email ThisBlogThis!Share to TwitterShare to FacebookShare to Pinterest
Labels: Agnya 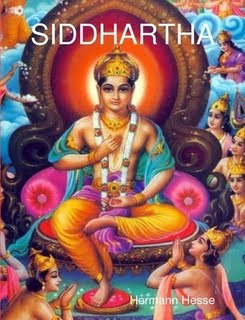 "Within you there is a stillness and a sanctuary to which you can retreat at any time and be yourself."

"Meditate. Live purely. Be quiet. Do your work with mastery. Like the moon, come out from behind the clouds! Shine."
-The Buddha
Posted by jeronimus at 2:21 AM No comments:

At the Art Gallery of NSW 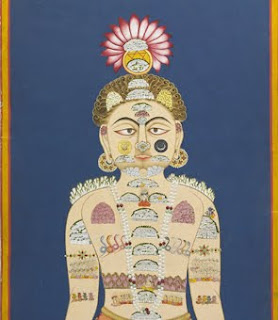 The Equivalence Of Self and Universe, 1824, (detail)

After her conversion to Christianity, the French Jewish writer Simone Weil found that she could use the Lord's Prayer to enter into a state of thoughtless awareness, mental silence or meditation.

“The effect of this practice is extraordinary and surprises me every time, for, although I experience it each day, it exceeds my expectation at each repetition. At times the very first words tear my thoughts from my body and transport it to a place outside space where there is neither perspective nor point of view. The infinity of the ordinary expanses of perception is replaced by an infinity to the second or sometimes the third degree. At the same time, filling every part of this infinity of infinity, there is silence, a silence which is not an absence of sound but which is the object of a positive sensation, more positive than that of sound. Noises, if there are any, only reach me after crossing this silence.”

- Simone Weil, Waiting on God.
Posted by jeronimus at 10:56 PM No comments:

Email ThisBlogThis!Share to TwitterShare to FacebookShare to Pinterest
Labels: silence

"In the history of physics, we have learned that there are distinctions that we really should not make, such as between space and time... It could very well be that the distinction we make between information and reality is wrong. This is not saying that everything is just information. But it is saying that we need a new concept that encompasses or includes both."

Zeilinger is first ever recipient of the Isaac Newton Medal for his pioneering contributions to physics as the head of one of the most successful quantum optics groups in the world. Over the past two decades, he and his colleagues have done as much as anyone else to test quantum mechanics. And since its inception more than 80 years ago, quantum mechanics has possibly weathered more scrutiny than any theory ever devised. Quantum mechanics appears correct, and now Zeilinger and his group have started experimenting with what the theory means.

Posted by jeronimus at 10:49 PM No comments: