"Gnana means that you must know yourself. 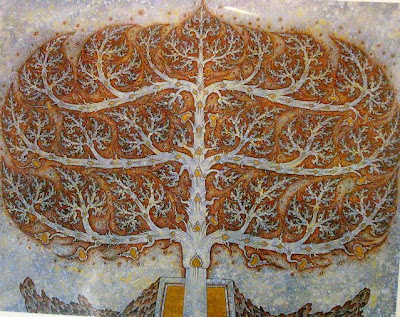 The Sanskrit word gnana (also spelled gnyana, jnana, jnyana) is translatable to English 'knowledge' and Greek gnosis. The 'k' in knowledge was not silent in Old English, and so the three words, in different languages all start with a similar sound.
Gnyana, has the added dimension of meaning: knowledge of the Self, and is used in a number of different Indian religions. The idea of jnana centers around a cognitive event which is recognized when experienced. It is knowledge inseparable from the total experience of reality, especially a total reality, or supreme being.
In the Vedas, the most ancient scriptures of India, Gnyana means true knowledge, that jiva (one's individual self or soul) is identical with Brahman (universal Self, ultimate reality). Real knowledge leads to knowledge of Brahman, while false or speculative knowledge diverts one from knowledge of Brahman.

Posted by jeronimus at 4:22 PM No comments:

Socrates was an incarnation of the guru/teacher aspect of the Divine. A primordial master who returns again and again to guide humanity in various times and places. His own guru was a woman called Diotima, a seer or priestess, who, he said, taught him the philosophy of love.
In her view, love is a means of ascent to contemplation of the Divine. For Diotima, the most correct use of love of other human beings is to direct one's mind to love of Divinity. With genuine Platonic love, the beautiful or lovely other person inspires the mind and the soul and directs one's attention to spiritual things. One proceeds from recognition of another's beauty, to appreciation of Beauty as it exists apart from any individual, to consideration of Divinity, the source of Beauty, to love of Divinity. 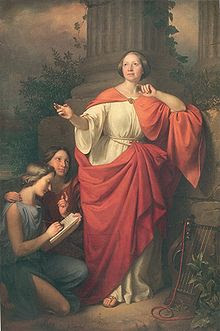 The Oracle at Delphi declared that  no man was wiser than Socrates, but he maintained that he had no wisdom of his own. He interpreted the judgment of the Oracle to mean that only the Divine is wise. Being the wisest among men was simply to recognise that the individual ego is nothing in comparison with Divine Wisdom.
He continually exhorted the people of Athens to seek truth within, and not to accept everything taught by religion, including the mythical stories about the gods, many of which attributed human failings to the Divine (for example the supposed infidelities of Zeus). For this he was eventually accused of challenging accepted religious views, and corrupting the youth.
In his speech in defence of his actions (The Apologia) Socrates stated that his way of self-knowledge had offended the vanity of the politically influential men who had accused him.
He addressed the court thus:

"Men of Athens, I honor and love you; but I shall obey the god rather than you; and while I have life and strength I shall never cease from the practice and teaching of philosophy, exhorting . . . [and] persuading you all, old and young alike, not to take thought for your persons or your properties, but first and chiefly to care about the greatest improvement of the soul. I tell you that virtue is not given by money, but that from virtue comes money and every other good of man, public as well as private. This is my teaching, and if this is the doctrine which corrupts the young, I am a mischievous person."


Socrates taught that virtue is sufficient in itself for happiness, and that it is not possible to learn anything unless one leads a virtuous life.
According to Plato, he also had a mystical side, discussing reincarnation and concepts such as the Sea of Beauty.

From Wikipedia:
The Sea of Beauty is one of many analogies and similes employed to describe a high vision of reality. Some writers have employed this term upon having arrived at the most mature, the farthest, and the highest stages of the philosophical or mystical search. It is described variously as the Beatific Vision, enlightenment, nirvana, satori, Kensho, Bodhi, awareness, true knowledge, etc.

Those who claim to have had such a high and final vision sometimes report that reality is, at its deepest level, utterly unified, like a vast ocean, and that it is unutterably beautiful, or rather, source of all beauty. Such likenesses are drawn many places, including the mystical poetry of Sufi Jalal'udin Rumi and the writings of Plato.
Rumi, in this unidentified excerpt, writes:

"The shop of Oneness,
The Ocean that has many harbours,
Yet where there is no division
Between man and man, or woman,
But only a unity of souls
In the process of return to their Creator,
Whose breath lives inside each one
An helps to guide us home."

Plato, in his Plato's Symposium (210d-e) writes (in the character of the priestess Diotima):

The result is that he will see the beauty of knowledge... the lover is turned to the great sea of beauty, and gazing upon this, he gives birth to many gloriously beautiful ideas and theories, in unstinting love of wisdom, until, having grown and been strengthened there, he catches sight of such knowledge, and it is the knowledge of such beauty... ... The man ... who has beheld beautiful things in the right order and correctly, is now coming to the goal of Loving: all of a sudden he will catch sight of something wonderfully beautiful in its nature; that, Socrates, is the reason for all his earlier labors."