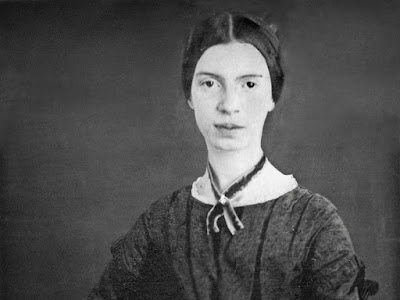 Translating poetry requires both a deep knowledge of the original language and of the poem’s historical, cultural, and literary context; more than anything, though, it requires a still deeper knowledge of the language into which it’s being translated, the translator’s own language. Added to this must be a love of that language, the language of the person receiving and then transforming the poem into a new poem—creating a new path.
Attempting to “transport” Emily Dickinson’s poems into Portuguese is a still harder task, because Dickinson’s poetry is notable for its peculiar agrammaticality: unexpected plurals, inverted syntax, and an often complete disregard for gender, person, or agreement between nouns and verbs. As for form, Dickinson uses the structure of hymns, though, as Mutlu Konuk Blasing says, “the metric norm so severely limits the verse it empowers that the verse grows cryptic, crabbed, and idiosyncratic and resists communication itself, thus undermining the religious and social function of hymns that the form alludes to as authorization for her ‘dialect,’ her ‘New Englandly’ tune.” The result is a compact, cryptic language full of ellipses, which translates into texts that challenge the tradition of poetry as communication and gives literary language an autonomy more akin to the aesthetics of modern poetry.
More here
Posted by jeronimus at 1:22 AM 1 comment:

The Blessings of the Sun 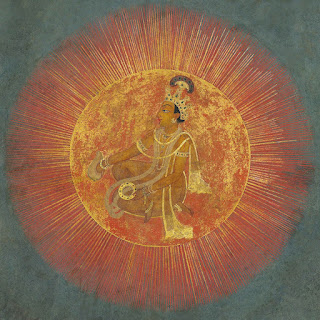 
If you are absolutely effortless, meditation will work the best. Do not think about your problems at all. Just expose yourself to the vibrations. When the sun shines, all of nature exposes itself to the sun and receives the blessings of the sun effortlessly. It does not put in any effort. It just receives the sun. The sun’s rays start acting. In the same way, the all-pervading power starts working. You are not to maneuvre it. You are not to do anything about it. Just be effortless, absolutely effortless. It will go on working as long as it can and it will do the miracle that it has to do. You do not have to worry about it. It knows its job, but when you put an effort, you actually create a barrier for it. So no effort is needed. Be absolutely effortless, and say, “Let it go, let it go. “ That’s all.
-Shri Mataji Nirmala Devi
Posted by jeronimus at 9:01 PM No comments: