"Tradition is not the worship of ashes, but the preservation of fire." - Gustav Mahler
People often use the word 'traditional' to lend weight to the ideas or products they are trying to sell. As Richard Dawkins points out in his critique of alternative medical practices which claim to be based on 'traditional' medicine: just because an idea is old doesn't mean it's right.
But there's also the point that things made, or thoughts inspired, by the heart, the abode of the Self, tend to last over time. Time exposes the flaws in works which may initially appear original but are actually based on ego and conditionings. Over time, egoistic things appear idiosyncratic and ugly; things produced by conditioning appear old-fashioned or derivative. 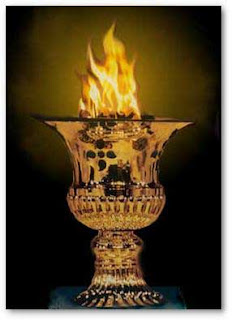 Posted by jeronimus at 12:10 PM No comments: 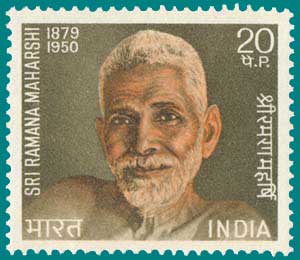 Reality is simply the loss of ego.

Destroy the ego by seeking its identity.
Because the ego is not a real entity
it will automatically vanish
and reality will shine forth by itself.

"it is very important to understand that Raghwindra Swami was in this area, and he did a lot of work, and now the time has come to complete his work; also Ramana Maharshi. They didn't know how to explain, so they took to mauna (silence)."
- Shri Mataji Nirmala Devi, Madras, India, 1991


Wikipedia entry on Raghavendra_Swami
Posted by jeronimus at 12:53 AM No comments:

Art Find of the Century

A renaissance painting, believed by art experts to be an original by Michelangelo, has been discovered behind a sofa. It depicts the Virgin Mary and Christ in a Pieta scene. In medieval versions, the Virgin is shown to the side of, and below the figure of Jesus, but Michelangelo places Her centrally. Read the news article.
Posted by jeronimus at 12:57 PM No comments: