A virtuous man when alone loves the quiet
of the mountains.
A wise man in nature enjoys the purity
of water.
One must not be suspicious of the fool who
takes pleasure in mountains and streams,
But rather measure how well he sharpens
his spirit by them.

To pursue his meditative practice he resorted to remote places in nature, but was often summoned back to court where his advice was sought by officials, and even by the emperor himself.

Muso was instrumental in the formation of the Five Mountain System network of Zen temples which became centres of learning and the arts, and had a long-lasting influence on Japanese culture.


In the realm of True Purity, there is no such thing as self or other.


When there is nowhere that you have determinedto call your own, then no matter where you goyou are always going home. 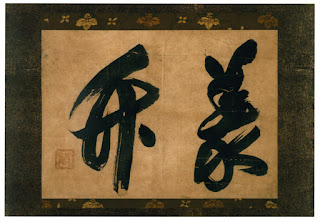 Posted by jeronimus at 2:13 AM No comments: